BioMongol Foundation organizes three weeks’ insect collecting expeditions to Mongolia. BioMongol Foundation, invites enthusiast amateur and professional entomologists interested in doing research in Mongolia.
The goal of the travels: collecting insects, thereby enjoying nature, learning about Mongolian culture and habits and be among friends.
It is all very low-profile (and non commercial) organized. Meaning that we are with two cars (a Russian van and a Toyota 4WD), driving over mainly unpaved roads or no roads at all. We will be hosted by the two Mongolian drivers plus two who take care of everything we need, including food. These friends already helped us on our previous tours. Two of them speak German, one driver English and the other one just Mongolian.
Second, don’t expect a ‘traditional’ organization like you know from traveling agencies. BioMongol Foundation is not a traveling agency! You will have to bring your own tent and stuff to survive three weeks of mainly outdoors camping! However, we will take care of the main organization, like buying flight tickets, all in dialogue with you. 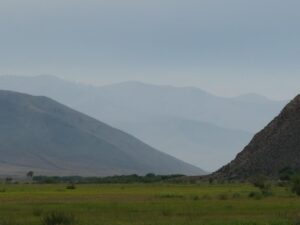 After a forced break of two consecutive years due to the covid-19-pandemic, we are excited to announce the next expedition to Mongolia!
In the Summer of 2022 (30 July – 20 August) a trip to new, poorly explored regions of this huge country is being organised.
Immediately after arrival in Ulaanbaatar we head off for Blue Lake, in the Khentiy mountains (birth ground of Genghis Khan). These mountains are characterized by taiga forests, semi-steppe, rivers, mires, moors and once in a while an old Bhuddist temple. The Tuul river, which also floats through the capital, has its sources in these mountains.
Then we proceed along the eastern regions of the Khentiy mountains, past Binder and roughly in the direction of Batshireet to Onon-Balj NP. From there, leaving the forested taiga mountains behind us, we may head in eastern or southern directions looking for wetlands full of cranes, and steppes, home of the Mongolian gazelle or zeren and Pallas’ cat. In these steppes the Kherlen river is flowing gently, offering again new habitats to explore.
But… it can all change along the way, where we go, because we never can be sure about local conditions. Some roads may be temporary out of order, impossible to pass, or the weather can force us to change our plans. Also, together we decide how long we stay at each place. Bumpy roads, marshes, dry steppe, rivers, unforseen car problems, anything can make us change our plans. That’s the adventure of it. And of course it is important to not take unnecessary risks, but our Mongolian team is very experienced and reliable. But what always stays important, is to find the best places to collect insects (and enjoy all other parts of nature not to forget!). 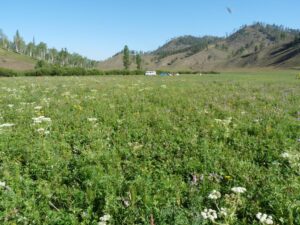 Dates are not set in stone yet, but July 2023 the exploration of insects will lead us to the westernmost regions of Mongolia, where the Altai mountains and some huge lakes dominate the landscape. In order to get where we want to kick off, we will take an extra domestic flight from Ulaanbaatar.
More detailed information on our plans will follow later!